2016 wasn’t quite two weeks old when I first heard that it was cursed. On top of the usual bad news (Sharaban tea shop, bombing) came the announcement of David Bowie’s death, and something about it, hard on the heels of his most acclaimed record in years, songs that were released on his birthday, seemed especially shocking and unjust. Public celebration of the music quickly turned into lamentation for the man, inverting Hamlet’s sardonic lines about how “the funeral bak’d meats / Did coldly furnish forth the marriage tables.”

Given Bowie’s lifelong example of ironic detachment, it felt right to make black jokes about a curse, but as the months went by more and more celebrities died (Alan Rickman, Harper Lee, Prince, Muhammad Ali, to name a few) and so did a crowd of dancers in an Orlando nightclub, and the talk of curses started sounding serious. It became a commonplace that 2016 was the Worst Year Ever. Not being a superstitious sort, I chalked this up to normal variation. The year may have brewed up an atypical amount of trouble, but there were also some high spots. Scientists identified the gene responsible for ALS and the Cubs came from behind to break a century-long string of bad luck. Things could have been worse.

But then came a one-two punch–well, more like a chin tap and a train collision. Within a couple of days in early November, Daylight Saving Time came to and end and so did my faith in democracy. It started getting dark earlier and, after the election, it seemed like it was going to stay that way for the foreseeable future. I fell deeply into what used to be called a “brown study” and couldn’t see the point in getting out of bed, let alone reading a book. No matter what I did, I couldn’t dispel the fog of depression. For almost two weeks I had no answers, and then it came to me to ask a question instead: “What would Brian Doyle do?” 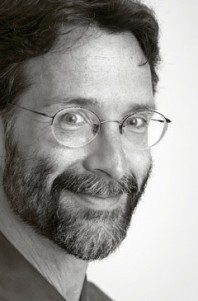 We differ, though, in respect to temperament. As he put it when I had the privilege of interviewing him earlier this year (another 2016 highlight):

“My sister the smiling Buddhist nun says I am congenitally optimistic, as the well-balanced middle child in a large family, but I think it’s more that I just cannot repress the constant stream of amazing examples and chapters of grace and humor and courage and tenderness and humility I see every blessed day. Fact. It’s all there if you look hard enough. I am not always stupid, and I get it that grief and pain and loss and evil are everywhere and daily fare, and people I love are hammered and have died, and I am terrified of fouling the nest so badly that kids can’t live in it, and I am enraged at murderous thugs and bloviating buffoons, but still, man, look at the armies of light pitted against it all! Isn’t that astounding?” As for me, a quote from Leonard Cohen (another casualty of 2016) will suffice: “I think of a pessimist as someone who is waiting for it to rain. And I feel completely soaked to the skin.” Like him, “I’ve always been free from hope.” That mindset carries me over most crises, but not this one. In this case I needed the boost that only Brian Doyle could provide. This is the man, after all, who made a legendary impromptu speech that brought tears and then laughter to a room full of booksellers in the wake of a terrible shooting in Roseburg, Oregon. This is the man who recently published something called The Kind of Brave You Wanted to Be: Prose Prayers and Cheerful Chants Against the Dark. It’s like he went back in time to write what I needed before I knew I needed it. I decided that not only would I go back to his books and read my way into the light, I’d do what he’s always telling us we have to do, share our stories. I’d write up that true tall tale of the time I was in my twenties and I beat that giant Viking guy one-on-one on a gravelly court with a rusty backboard and a bent rim and I’d send it to him and tell him what he meant to me.

And then the next day I learned that Brian Doyle has brain cancer.

Oh, if I could kick you in the teeth, 2016, I would. But I haven’t got the time. I have to Kübler-Ross my way through this and get my head on straight. I have to think of Brian’s family and friends and colleagues and students and readers and all the pain and sadness they feel. I have to figure out what to do next, because there’s a lot for everyone to do.

The doctors can take the lead. Even though they “can’t delete it or fix it or cure it,” they can treat it, and they are. Brian’s already had surgery that removed almost all of his tumor, and is beginning a course of radiation and chemotherapy that will, with fingers crossed, give him “a few more years of reading and writing and being with [his] wife and kids.” There’s a fundraiser online to assist them with medical and therapeutic costs, which will undoubtedly be vast. For an example of what they’ll be dealing with, one side effect of this kind of brain surgery, hopefully a temporary one, is homonymous hemianopsia, the loss of half the field of vision on the same side in both eyes. Particularly cruel of 2016 to force a writer to look at things from only one side, don’t you think?

Those of us further from the center can contribute, of course, and we can spread the word about the help that’s needed. And we can do what we’ve always done, support his work. Out now is his collection of short-short fiction, The Mighty Currawongs, which contains “This Is the Part Where You Say Something Real,” maybe the best story of a marriage that it’s possible to tell in three pages. Read it. In the spring will come another novel, The Adventures of John Carson in Several Quarters of the World. Put it on your wish list.

We can also give to each other what Mary Doyle is thankful that her friends have given to her. Give “your tears your hope your compassion your warmth your wit your generosity your respect your creativity your friendship your tenderness your humor your searching your reading your writing your cooking your dog walking your baking your mailing your typing your stamping your donating your sitting your roof cleaning your Christmas lighting your carpentry your hands held together in prayer.” Give the benefit of the doubt to the good who deserve it and no quarter to the evil who don’t.

We can put 2016 behind us and think about what’s ahead. We’ve got 2017, all of it we need, however long it lasts. As a great philosopher once said, “We’re only here for a minute, we’re here for a little window, and to use that time to catch and share shards of light and laughter and grace seems to me the great story. And I love that work.”

James Crossley is a bookseller and blogger at Island Books on Mercer Island.

Posted in A Cup of News, FEATURED POST | Tagged 2016, Brian Doyle, casualties of 2016, highlights and lowlights, new year, new year's resolutions, Philosophy, The Kind of Brave You Wanted to Be, Worst Year Ever | 2 Responses