The Would-be Banning of Lawn Boy,  and Why I’m Not Booking any Flights to Texas in the Near-Future 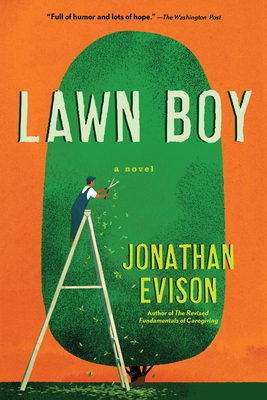 The first week of September, at a school board meeting in Texas, a woman lobbied fiercely to get my one of my novels, Lawn Boy (2017), banned from libraries for content relating to my gay protagonist, and his gay life experiences. My protagonist, Mike, has a sexual experience at a youth group meeting at the age of ten with another ten-year-old boy, which Mike is still ashamed of in early adulthood. During the course of the novel, which lands squarely in the realm of bildungsroman, Mike owns this particular sexual experience, and revisits it through a (sometimes uncomfortable) humorous lens as he re-contextualizes the event as a part of his self-actualization. There is graphic language in this scene, which depicts sexual acts. It is worth noting that the book, which was intended for an adult audience, found some crossover success due in part to winning an Alex Award from the Young Adult Library Association for “books written for adults that have special appeal to young adults, ages 12 through 18.” In addition to the aforementioned sexual passages, Lawn Boy was found to have contained “44 fucks, and 42 shits,” and I would argue that not one of them was wasted. Frankly, I would have put that number much higher. When your protagonist is a 23-year-old working class kid who is disillusioned with capitalism, racial assumptions, along with the deteriorating personal, political, and global events that seem to be conspiring against him, there’s bound to be some shits and fucks if you’re writing anywhere near the modern-realist realm.

In the days that followed the woman’s lobby, a video of the school board meeting went viral on TikTok and elsewhere, in which the woman read a few graphic passages with absolutely no context beyond the fact that her fourth grader had got his hands on the book (possibly mistaking it with Gary Paulson’s book by the same name). That’s all it took before I began to receive a steady stream of threats, both overt and veiled, to my messenger. Mostly men, but a number of women, too, calling me a “pedo,” and accusing me of “grooming” young boys, and in some instances threatening me with harm should I ever set foot in the state of Texas, or Arkansas. Of all the conversations I hoped to engage writing a coming-of-age novel about the empty promises of the American Dream for so many—be it wealth inequity, social inequality, racism, sexual identity—I assure you, pedophilia was not among them.

I have chosen, wisely, I hope, not to engage those who would seek to ban my book and call me a pedophile, because I suspect no amount of contextualizing would persuade these people, many of whom might have had their own sexual experiences in youth with which they are still deeply ashamed, that in addressing the subject of sexual identity graphically, metaphorically, or otherwise (particularly when it does not comfortably jibe with their Judeo-Christian conception), I am not a “sicko,” “pedo,” or “freak.” I am an author of fiction, and am well aware of where my moral center abides.

What really saddens and alarms me about all of this is the fact that beyond the fourth grader who mistakenly brought Lawn Boy home (again, the book was in no way intended for a 10-year-old), and his Mom, who at the very least turned every page counting fucks and shits, I am quite confident that not a single person threatening me, or lobbying to ban my book even read a single passage of Lawn Boy beyond those few isolated passages read on the TikTok video. That’s all it took to mobilize their blind hatred and zealous call-to-arms to ban my book. They. Didn’t. Even. Read. It. That’s what we’re still up against today. A streak of anti-intellectualism that runs so deep in America that people feel they no longer need to inform themselves before they make the decision to ban a book, or seek to destroy the reputation of a father of three.

But in the end, I’m glad this happened. Especially right before Banned Books Week. Because when I look at the wealth of great literature that unenlightened souls have sought to ban through the ages, how could I feel anything but pride to be listed among them? To those who would ban my book and burn me at the stake because they are ashamed of their own past experiences, or uncomfortable with any non-binary sexual identifications, I hope you find healing. And to poor Gary Paulson, who for all I know may also be receiving threats, sorry, man! The editors of nwbooklovers.org have turned off comments on this post.

6 responses to “The Would-be Banning of Lawn Boy,  and Why I’m Not Booking any Flights to Texas in the Near-Future”