Time Is a Place: An Interview with
Seattle Author Valerie Trueblood

Not long ago a book sneaked up on me. The paperback of Valerie Trueblood’s Terrarium hit the shelves of Madison Books, which served as a reminder that I’d had the hardcover sitting unread on my nightstand for far too long. I tried one story in the collection, then another, and kept going until the characters began to infiltrate my daily life almost the way my friends and family do. These were in the main deceptively simple stories about everyday events, the kinds of crises or sub-crises we’ve all experienced at one time or another. Without fanfare or flashiness, Trueblood had found a way to ambush both my intellect and my emotions. 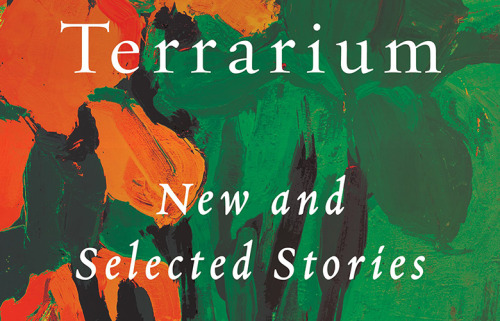 So I wrote something in the Madison Books newsletter to alert the Swedish Academy that they had a new name to consider alongside Alice Munro’s when it came to Nobel time. I thought that would be the end of it, but I kept thinking about Terrarium. I looked up other reviews of it, found a great essay by its author about how writing a short story collection is like starting a zoo, and again put it behind me.

But not for long. Unable to figure out why this book had such a hold on me, I decided to go directly to the source and as the author about it.  No doubt bemused, she was still kind enough to answer a few questions for me. James Crossley: Some misguided readers believe that short stories can’t be as satisfying as novels. Is it my responsibility as a bookseller to re-educate them by any means necessary? Which is to ask, is it permissible for me to lie  to them in an attempt to shift  copies of Terrarium? They’ll thank me in the end …

Valerie Trueblood: Go ahead and lie! Fiction itself is a friendly lie, isn’t it? Though don’t say the book’s a novel. I’m a dogged defender of the short story form. JC: Many of your stories take place in, or at least reach back toward, the past, although they don’t feel like period pieces. Is the juxtaposition of history against the present day an intentional effect, or is it perhaps an accidental byproduct? If I understand correctly, you came early to writing but late to publishing, which makes me wonder if any of these stories were begun years ago and updated later on.

VT: I don’t think updating would be the word for the years some stories take. I don’t care about their being up to date or timely, but I’m always wishing I could change what’s made it into print. I don’t return to any of the stories I wrote before I was in my forties. When I tried to publish in the ’70s, rejections quickly stopped me, and I turned to essays and reviews and did some investigative stuff on the nuclear submarines that lurk in our Sound. I kept writing stories and putting them away until quite late in life, when for some reason I got the courage to try again. Now dozens from later periods are always lying in a pile in the study, among them only a few I could imagine trying to publish.

The passage of time is of great interest to me and I would say the nature and changeability and power of time have been at the heart of my fiction from the beginning. Not an accident. Accidents themselves do interest me, though, along with the “when” of events that change lives. When he saw her, when the house burned down, when the interstate went in, etc. JC: Terrarium presents new work as well as a selection of fiction from three of your previous books. I enjoyed the whole range, but if I had to pick favorites, I think I’d choose a few of the long early stories from the marvelously titled Marry or Burn and some of the short recent ones in the “Earthly Love” section. Can you talk a bit about how your writing has changed over time and how it’s stayed the same?

VT: I can’t really examine the evolution of my stories, if there has been one. I know the early ones I threw away lacked something I hope has made it into the later ones—some wonder at the sheer beauty of so many things, and some certainty that words can be found for it. I don’t think reviewers who’ve said my stories are dark noticed these things in them, so I guess I have a way to go with my claims. I studied with John Hawkes, who taught me that awful things are compelling, but it took me a long time to pass through shock & grimness and let in my own more tender feelings about the world and the strange, brave ways people find to face life.

JC: Not to fall into the trap of looking for autobiographical clues in every piece of fiction, but reading between the lines leads me to guess that you’ve lived in both Washingtons, our state and D.C. How does place inform your writing?

VT: I’ve written only a couple of stories that have any autobiography in them, but I think writers are the sum of every experience and reaction and fantasy they’ve had, so there are always moving shadows in a story that make your aunt say, “That’ll sure embarrass X.,” or people say to your husband, “I didn’t know you played the piano.” (He doesn’t.)

Time is a place, I think. The county in Virginia where I grew up was only about fifty miles out of Washington D.C.—my geographer father commuted—but it was the South. Rolling farmland, horses, segregation (our county ignored Brown v. Board of Education for years), the John Birch Society, incest, crimes of passion. Now the city of Washington has crept out and paved over the farms. The time when this was not so will always be vivid to me in good ways and bad.

Seattle has been my home since the ’70s, and I think the Northwest claimed me as soon as I saw the Cascades on one side of the small green jewel Seattle was and the Olympics on the other. Everywhere I went I met muscular, exhilarated, dedicated hikers and climbers, and I settled into the perfect life indoors with books.

JC: Critics and reviewers will sometimes talk about art that “heightens reality,” usually referring to stories about boring accountants who grow butterfly wings or underpaid museum curators who fall in love with ancient mummies. I love that sort of thing, but I think the term better describes your work. It contains nothing impossible and precious little that’s even improbable, remaining scrupulously realistic while highlighting and intensifying the emotions of everyday life. As a magician of the mundane, are you part of a fact-based faction of fiction writers? Or are you on the same team as the fantasists and fabricators?

VT: I’m not writing pure realism or naturalism (some creatures from space got into Terrarium) but am far from a fantasist. The real is limitless and thrilling. Take insects. I think it was Gary Indiana who wrote a story in which a bug is squashed while people chat at lunch. Christina Stead wrote a story about the death of a bee. Clarice Lispector wrote one in which the character eats a cockroach. Kafka wrote a long one in which the hero is a human beetle. That one, stepping off from reality but incorporating its most wringing pathos, is the one we know as a masterpiece. But are the others “just” realistic, factual? They spring I believe from the same impulse, to distill suffering without explaining it, making it logical, or asking for tears. To me the short story form is uniquely able to withhold the curative finale, to offer no solution, to suggest, with some measure of simplicity, a vastness beyond itself.

The mundane! I like your choice of words. The list of synonyms for mundane is depressing, but the real meaning of the word is “of the earthly world.” My original idea for my book Terrarium was that it would be small enough to fit in the hand, and consist of just the final segment of the present collection. A very small book, a terrarium, a little earth.

James Crossley is the manager of Madison Books, a neighborhood bookstore in Seattle, which can be found online at madisonbks.com.