[Fans of Phinney Books] might notice a new feature down in the lower right [of the store’s newsletter]: the 100 Club. Another of my analytical entertainments as a bookseller is to take note, as I’m doing my regular reorders, when a book has reached 100 copies in lifetime sales for us. It’s a nice, solid figure: it doesn’t have to be a blockbuster to get there, but it’s a significant total for a little store like ours. Sometimes a book (like Harry Potter and the Cursed Child) can hit a hundred in a week, sometimes it takes years. (Our system includes sales for Santoro’s, our store’s previous incarnation, going back to 2003.) Last year, by my count, 29 books passed the hundred mark for us; only three of those (Seattle Walks, Goodnight Stories for Rebel Girls, and an edition of the Declaration of Independence and the U.S. Constitution) did it in less than a year. From now on, I’ll just note here any books that pass the milestone (as Atlas Obscura did this week), and how many weeks it took to get there. Will this be entertaining for anybody but me? I don’t know, but at least I’ll be entertained (which could describe the general philosophy of this newsletter). 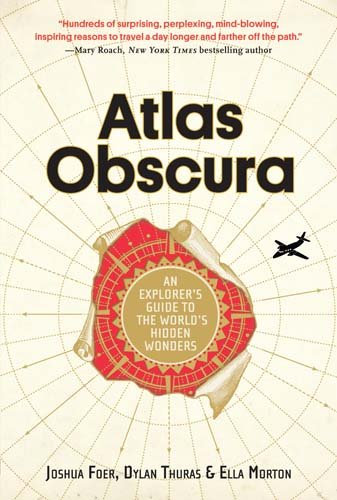