“I was honored to talk. I was smiling the rest of the day at the interesting mix of speakers—the different speeds and approaches. I take refuge in the inarguable fact that I am not a speaker at all, not a performer or a lecturer or a wise person, which is hugely freeing, because I can just get up and say what I think IS—something like that.”

—Brian Doyle, in response to Pacific Northwest Booksellers Association Executive Director Thom Chambliss’s praise of his appearance at the organization’s fall tradeshow: “Thanks again for a FABULOUS talk at the show last week. You knocked us all silly.”

And Doyle’s encore? It’s on display here to tickle all Book Lovers.

I got to talking with a tableful of booksellers the other day, folks who eke out a small living running and working in independent stores, and after a while they started talking about their best sales ever. Several reminisced happily about Joanne Rowling’s Harry Potter books, and how kids used to line up in the street outside their stores for the midnight release, and the booksellers would go out into the street with hot chocolate for the kids and champagne for the parents, and then the excitement and delight of those kids when they got their hands on the books! The tumult as kids and their shepherds poured grinning headlong through the door! You couldn’t ever forget that, said one man.

“There was a time there when booksellers were rock stars. Sure, I was happy for the slightly larger profit, but to me the biggest kick was that I knew kids would go home and start right into the book that night, and their parents would let them, and what could be cooler than a kid curled up in bed excited to read a great book?

“That author changed the world and hardly anyone talks about it, which is a shame. She probably lured fifty million kids into reading and books and stories and the thrill of imagination. I hope she gets a hundred letters a day from readers saying thanks. Same with Beverly Cleary and Robert Louis Stevenson and Kenneth Graham and Gary Paulsen and Suzanne Collins. They got kids to read. What could be cooler than that?”

Another bookseller says her favorite single thing about being a bookseller is when a patron comes in and actually asks for a recommendation. 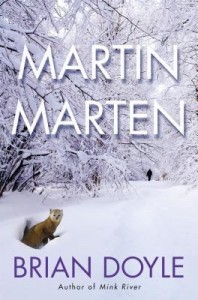 “They are asking me what to read. Isn’t that amazing? Isn’t that a question you could answer for a week at a time? But I have learned to never respond with what I like. First I ask what they read recently that they liked, and what they liked as a kid, and what genre in general they find themselves absorbed by—never ask for favorite anything, that’s a conversation killer, the mind goes blank except for rote answers—and what their friends are reading, and then I have a sense what direction to go. My favorite moment as a bookseller is not even when someone comes back two weeks later and tells me he or she was thrilled with the book; it’s the next moment, when he or she asks, ‘Now what else should I read?’ That’s a kick. That’s a real pleasure for me.”

Another bookseller says her favorite moments are when a little kid comes in and paws through the books (shelved low for that very reason), and the kid finds one to like, and flops right down on the floor and starts reading it on the spot. “I love that,” says the bookseller.

“And usually the kid finishes the book right there in the store and the mom or dad buys it anyway because you know the kid is going to read it a hundred times. Sometimes I say straight-faced to the mom or dad that our bookstore charges by the read, so the book they are buying costs a thousand dollars.”

Best sales ever? considers another bookseller.

“Once or twice a year a patron comes in and says quietly that he or she ‘needed the book I recommended, needed it like food or water.’ They say this quietly. I have heard that about Frederick Buechner and Annie Dillard and Mary Oliver, that I remember off the top of my head. I have never had anyone say that about the Bible, no. We do sell Bibles, but in my experience people tend to buy them as gifts, not to read. “One man bought a Bible in our store and he came back about three weeks later and wanted to return it for store credit. He was very disappointed in the incoherent narrative, he said. He really said that. To this day I am not sure if he was serious or not. He said he liked some of the stories but they were wildly inconsistent and he couldn’t keep the characters straight. We gave him store credit and he bought two Stephen King novels. He said he had read Stephen King before and at least Stephen King could keep the threads of his story straight, unlike the guy who wrote the Bible.

“This still makes me laugh. We still have that Bible, too. Would I sell it? Oh, sure, in a second.”

Brian Doyle is the bestselling author of Mink River and it’s bestselling spinoff, The Plover. He’s also the author of Martin Marten (also a bestseller) and Children and Other Wild Animals, both under current Committee consideration for a 2016 Pacific Northwest Book Award. His fourth novel, Chicago, is due March 29, 2016. Additionally he is, as tradeshow attendees can attest despite his otherwise quoted claim, a very good speaker and performer (although, don’t bother trying to tether him to a podium), whether noted on his resume or not. “Wise person” consideration shall remain open for debate.